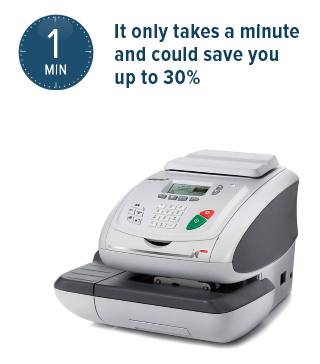 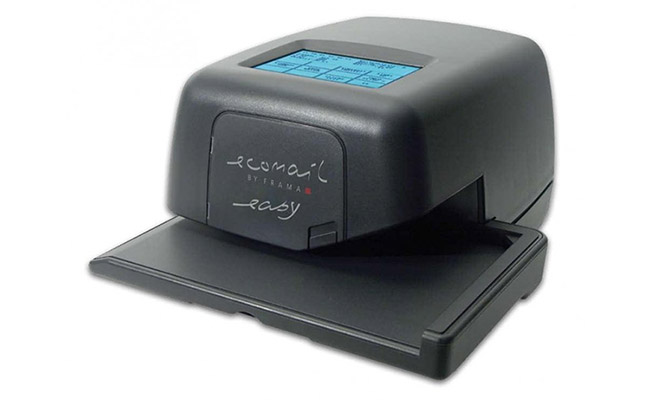 The Ecomail franking machine designed and manufactured in Switzerland by Swiss company Frama could be just the machine for you for economic reasons, as well as environmental.

That’s because the Ecomail has been specially designed to use rechargeable ink-ribbon cassettes in tandem with its patented ComTouch touchscreen technology that makes the Ecomail arguably the easiest (and most eco-friendly) franker to use currently available on the market today.

Described by Frama itself as the “franking machine for small postal volumes” the Ecomail can actually (according to the spec sheet) handle 2000 frankings per hour, which is no mean feat by any franking standards.

The main feature is the ComTouch system exclusive to Frama which “springs to life” as soon as you touch it to immediately display every function you need and guides you through the entire franking process “step by menu-guided step.”

Using the OneTouch keys you can select the required mail type and tariff with the single press of a key. Set your favourite or most-used mail types and there’s no more searching through screens of mail options you don’t use or need.

The Ecomail Stack Weigh feature also allows you to stack your envelopes on the linked scales, frank one envelope at a time, with the price automatically adjusting for weight thus preventing the application of incorrect postage values.

If you are considering buying or leasing a franking machine it’s because you have heard of the great savings you can make on the cost of sending out mail, as well as saving on the time spent visiting the post office.

You are also probably considering franking because the mail you send each day or week is considerable. But even if it isn’t it’s worth bearing in mind the following:

If you are sending more than 20 letters a week, then the savings continue to rise and rise:

Founded in Switzerland in 1970, the Frama now have subsidiary offices throughout Europe (Austria, Belgium, Germany, England, France, Netherlands, and Sweden) and South Africa too, and distribute to over 60 countries.

The UK arm of the Frama Group has been established since 1990. They operate nationwide, employ in excess of 40 staff, have a network of dedicated distributors and maintainers and have 11,000 customers.

All Frama products are entirely designed, developed and manufactured in Lauperswil, Switzerland then exported worldwide. 95% of all Frama turnover is generated outside Switzerland.

Nigel has over 10 years experience in digital marketing, and loves tech and all kinds of electronics. A keen cyclist and cycle-tourist, he has cycled through 25 countries worldwide. 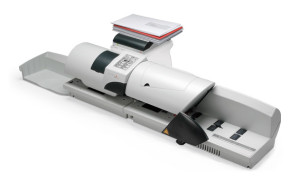 For companies who have a high volume postal rate on a daily basis (up to 6000 letters per hour), the Frama Matrix F6 is an excellent choice. A time-saving device, its simple navigation controls (the usual OneTouch technology screen and simple-to-follow instructions) together with a host of add-on features makes dealing with large amounts of mail just another routine task rather than a complex operation, so that even the most inexperienced member of staff could operate it without difficulty....
END_OF_DOCUMENT_TOKEN_TO_BE_REPLACED 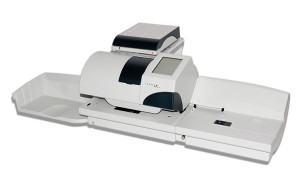 Another smart machine from Swiss company Frama, the Matrix F4 is a mid-volume machine that can do more than its little brother, the F2. It still possesses, however, easy-to-use technology such as the plug and play print cartridge and a keep-things-simple interface which displays only the information necessary at the time leading to less confusion on the user’s part. ...
END_OF_DOCUMENT_TOKEN_TO_BE_REPLACED 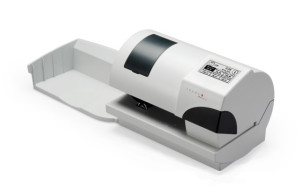 The Frama Matrix F2 is a franking machine which likes to literally remain in the background, thanks to its quiet, methodical and efficient style of working. It’s the shy work colleague who’s never any bother but always comes up with the goods when needed....
END_OF_DOCUMENT_TOKEN_TO_BE_REPLACED